Abayomi Ayeola - A member of Lagos State House of Representatives Is Dead. 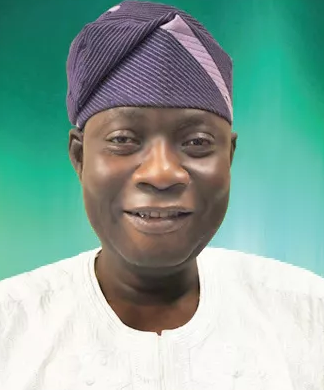 Mr. Abayomi Ayeola, a member of the House of Representatives, representing Ibeju Lekki Federal Constituency passed on, yesterday Sunday 30th of December 2018.
Lagos state chapter of the All Progressives Congress has described his death as a great loss to both the party and Lagos state in general.

Mr. Abayomi who was until his death, leader of the Lagos State caucus in the House of Representatives, was rushed to the hospital in the early hours of the day after he suddenly developed health complications but was later certified dead.

He won the primary election for the third term under the platform of APC, to contest in the 2019 general elections, but it has been reported that he died at St. Nicholas Hospital in Lagos on Sunday afternoon after a brief illness.

The Publicity Secretary of the party - Joe Igbokwe released a press notice in confirmation of his death,and expressed sincere condolences to the family, saying, the party ”has lost a loyal, committed, humble party member. His election to represent his people for the third term without any rancour is an indication of his popularity among the people that he was so loved and a respected party member.

“It is unfortunate that his death occurred at a time like this when we are already in campaign period for the 2019 general elections. Our hearts are with the family, may the Lord grant the repose eternal life and the family the fortitude to bear the irreparable loss. Ayeola will be greatly missed. The party and the family will give further announcements on burial arrangement.”