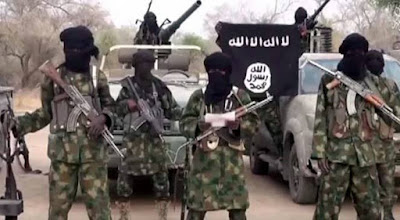 Borno state was in the early hours of Wednesday, 26th of December, 2018 hit again by some armed bandits who went about burning down several houses.

Vigilante sources also said that the attackers ransacked Mbolakel village, near the Chibok area of the state.

Vigilante source told newsmen in a phone call that not less than 25 houses were set on fire when the attackers stormed the village.

“We received an emergency call from our vigilante members at Mbolakel village for an assistance about 1:03am this morning. We could not go there because of the sporadic shooting we heard from Chibok, some could not sleep till day break.

“They burnt down about 25 houses and livestock and also cart away food items. We were able to rescue an old woman set on fire along with her house. So there was no casualty because everyone fled into bushes immediately they heard gunshots,” the vigilante source said.

In a statement, Colonel Onyema Nwachukwu, the deputy director, Army public relations, said the insurgents had on Monday, December 24, around 6: 30 pm, attacked a Military Forward Operational Base, in Kukareta community of Yobe.