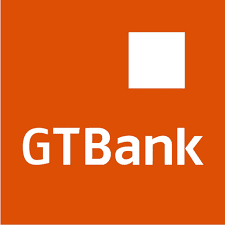 Customers were really terrified today when the fire alarm went off at the Guaranty Trust Bank - Bodija Branch, Ibadan.
Initially most people in the banking hall didn't take it serious especially those on the queue and assumed probably it's one of the sound facilities in most conventional banks.
But when the smoke started emanating from different angles in the bank, people scampered for safety and started shouting 'Fire', to inform other customers about it too.
There was a pandemonium inside the bank as people ran to the only main exit which can only be used by two persons at thesame time as the trap doors are yet to be opened due to the sudden commotion, men & women ran leaving their bags and possessions behind just to exit the bank. 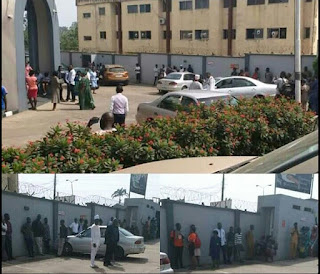 Of course, the situation was later brought under control by security operatives and calmed down the nerves of terrified customers.
It turned out to be it was an electrical fault that actually triggered the smoke.