MUSIC UPDATE: SEUN KUTI GETS A NOMINATION IN GRAMMY AWARDS

Posted by Dr. NAS on December 08, 2018
Seun the son of Afro beat originator and legend - Fela Kuti, has been nominated for a grammy award. 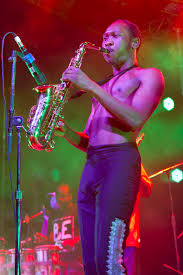 Seun Kuti was nominated for his own album - Black times which was released on the 2nd of March, 2018.
According to the official website of Grammy awards, the nomination for the "Best World Music Album", recognises albums containing at least 51% playing time of "new vocal or Instrumental World Music recordings".