A shocking development has happened as a UK Parliamentary committee has released hundreds of several pages of internal Facebook emails the organisation fought to keep secret, including some sent by it's CEO - Mark Zuckerberg. 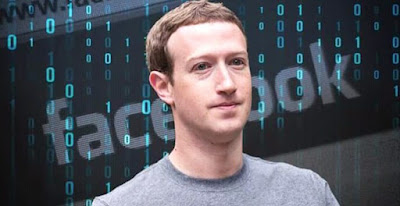 The 250 pages include conversations among senior Facebook executives as well as emails with outside app companies.
The cache of documents stems from a lawsuit brought against Facebook by a small app company called Six4Three. A California judge had placed the documents under seal. But when the app company's CEO, Ted Kramer, was in London last month, he was escorted to Parliament and told to produce the documents or be held in contempt.
Six4Three — which had an app that allowed users to search for pictures of their friends in swimsuits — has accused the social media giant of having a disregard for user privacy and claimed that Zuckerberg devised a plan that forced some of Facebook's rivals, or potential rivals, out of business. Facebook says the lawsuit is without merit.
The UK parliamentary committee, led by Damian Collins, asked for the documents as part of a larger investigation into Facebook, fake news, disinformation and data privacy that has been going on for more than a year. The committee has repeatedly asked Zuckerberg to give evidence, but thus far he's avoided the committee, even when it brought together lawmakers from nine different countries for an unprecedented "International Grand Committee on Disinformation."
Collins said on a social media platform - twitter, that "I believe there is considerable public interest in releasing these documents. They raise important questions about how Facebook treats users data, their policies for working with app developers, and how they exercise their dominant position in the social media market.
"We don't feel we have had straight answers from Facebook on these important issues, which is why we are releasing the documents."
A Facebook spokesperson also stated in a statement after the release of the documents, "As we've said many times, the documents Six4Three gathered for their baseless case are only part of the story and are presented in a way that is very misleading without additional context. We stand by the platform changes we made in 2015 to stop a person from sharing their friends' data with developers. Like any business, we had many of internal conversations about the various ways we could build a sustainable business model for our platform. But the facts are clear: we've never sold people's data."