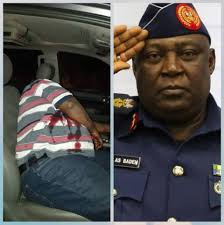 Another misfortune has befallen Nigeria, as the former Chief of Defence Staff - Air Marshall Alex Sabundu Badeh has been reportedly shot dead.

Atiku, in a statement issued on Wednesday by his Special Assistant on Public Communication, Phrank Shaibu, said had gunmen not waylaid the vehicle in which Alex Badeh was travelling, he would not have sustained the gunshots and the health complications that terminated his life.

Atiku Abubakar said while Badeh’s death made headline news because of the personality involved, many ordinary Nigerians are either killed or maimed on a daily basis by rampaging armed robbers, kidnappers, herdsmen and hoodlums across the country.

The former vice president noted that the best tribute that President Muhammadu Buhari can pay to the late security chief is to ensure free and fair polls next year and return home to a well-deserved rest. 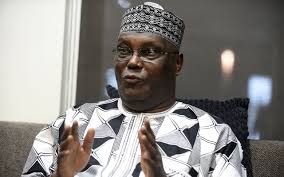 The statement read: “We cannot continue to pretend that all is well with the security system in our country, where armed robbers seem to be having a field day.

“It is, therefore, time to look at credible options, especially electing a more prepared candidate who will ensure that policemen and women are well equipped and motivated. Fortunately, the People’s Democratic Party (PDP) had shown what can be achieved when the police are provided with adequate resources and are well motivated.

“It is no longer news that during the 16 years when the PDP was in power, the nation boasted of the better motivated, best equipped and best-mobilized policemen in the country.

“We are shocked and saddened by the circumstances of the death Mr Badeh, an air chief marshal, whom was a fine officer, among the best of his time, one who never lost touch with officers and men despite holding several top positions in the nation’s military establishment.”

Atiku Abubakar further prayed that God will grant repose to Badeh’s soul and comfort those he left behind.