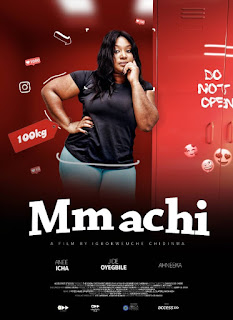 Igbokweuche Chidinma a young movie maker has made her directorial debut with the release of her new short movie - Mmachi through the Accelerate filmmaker project.

The short film premiered at the recently concluded African Film Festival to a resounding success.

Mmachi tells the story of a lady who has low self esteem about her weight and her perception of others about her.

According to the filmmaker, the story was created after she saw the mile people went through to look perfect on social media platforms. She realized that as much as there are body shamers, sometimes we develop low self esteem and forget to love the person that we are which leads to taking drastic measures just to seem perfect on social media.