PEP GUARDIOLA STATES HIS PLAYERS MUST CHANGE THEIR WINNING MINDSET. 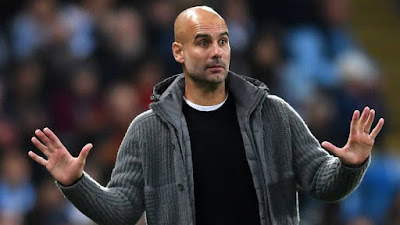 Manchester City manager - Pep Guardiola has explained that his players have started to doubt themselves about the possibility of retaining the Premier League title this season.

This comes after the Citizens were defeated on Wednesday, December 26, by former Premier League champions - Leicester City.

Manchester City's defeat against Leicester was their third loss this season in the EPL in four games and it left them seven points behind unbeaten leaders Liverpool.

He also explained that Manchester City stars are now doubting themselves about winning the Premier League title this season.