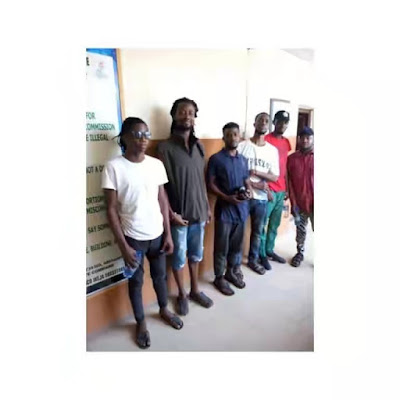 The Lagos state Police Command has arrested six persons yesterday, who were allegedly being caught for tearing off campaign posters of others political parties’ candidates and replacing them with that of the African Action Congress (AAC) presidential candidate, Omoyele Sowore.

The culprits were arrested around 2:30am on Sunday 11th of December, 2018.
Those arrested are: Olagokun Odunayo, Kool-kloud Henry, Ugaju Joseph, Damilola Omidiji, Michael Kate and Banwo Olagokun, of ‘Take it back’ movement.

“It would be recalled that an agreement was reached to the effect that no political party should undertake the defacing of campaign posters of other political parties nor the destruction of their billboards, at a meeting held at the Police Officers Mess, GRA, Ikeja, on Wednesday, December 5.

The Commissioner of Police has directed that the suspects be charged to court on Monday for malicious damage and conduct likely to cause a breach of the peace to serve as a deterrent to others,” he said.