SPORTS: MY TEAM IS READY TO PLAY AGAINST Manchester City - Liverpool Boss. 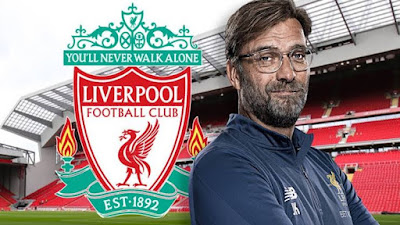 Liverpool fc Coach - Jurgen Klopp has made it clear that his players are not reflecting about their distance on the Premier League standings ahead of Thursday's match against Manchester City.

The 51-year-old German football coach stressed that his players are ready for the tough Premier League clash against the reigning champions of England.

Klopp and his men are currently leading Manchester City with seven points, and a win for them in three days' time will give them great hope of winning the Premier League title.

“We don’t think about the gap, not for a second. What we think about is 54 points – unbelievable, to be honest. That’s really strange and feels strange.

“All we can do is keep going; recover first of all, that’s very important, and then prepare the next game.

“We all know, wow, Man City are a fantastic football team and an away game at City – who can go there and think ‘Probably we will win’? No team in the world, not even us.

“So we have to go there and try everything to get a result. That’s what we will try,'' Klopp said.