SPORTS UPDATE: Lukaku out of the first two matches of New Coach for Manchester United. 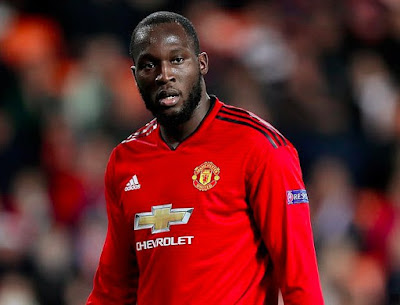 According to UK Metro citing Daily Mail, the Belgium forward who has been struggling for form this term, netting six times in 22 matches so far is expected to sit out United’s Premier League fixtures against Cardiff City and Huddersfield Town.

Lukaku, whose performance during the 3-1 loss to Liverpool was criticized by fans and football stakeholders could stage a comeback before the turn of the year when Man United play host to Bournemouth at Old Trafford on December 30.

Speaking during his first interview session with United on Thursday evening, Solskjaer stressed that every squad member will be a chance, to contribute his own quota towards turning things round at the club.