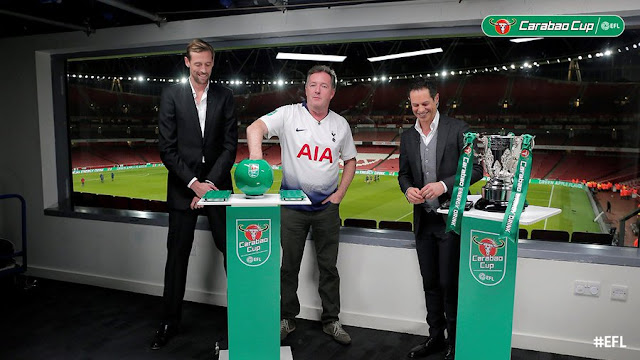 - First leg matches will hold in the week commencing January 7, while the reverse games will commence on the 21st of January 2019,Tottenham claimed a 2-0 win over Arsenal at Emirates on Wednesday evening to set up a derby semi-finals clash against Chelsea that needed a late Eden Hazard goal to beat Bournemouth at Stamford Bridge.

“A very difficult draw, another London derby. We have already played Watford, West Ham and Arsenal.

“We shall see, Chelsea are a great team but we are excited. To be in the semi-final is fantatsic for us.