TECH UPDATE: HUAWEI HAS CONFIRMED THE DEVELOPMENT of THEIR NEW O.S TO REPLACE ANDROID O.S 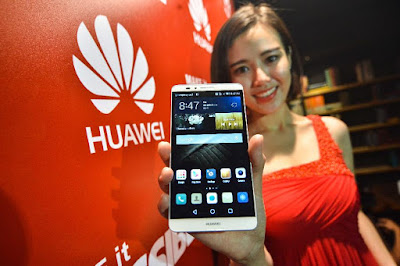 This confirmation has put an end to rumours that the company intends to develop their own platform named "KIRIN Operating System" (KIRIN O.S).

Huawei might as well unveil a new smartphone which could run on the new Kirin O.S, apparently the operating system has been under development over a span of three years in the Huawel's  laboratory.

The operating system will also work with the company's  own chip - the KIRIN Processor.
Huawei is not the first smartphone maker to try to break free from Google Android O.S.

Currently, Samsung is trying to push their Tizen O.S to as many phones as possible, though it hasn't seen a great success rate. OnePlus also released OxygenOS and Cyanogen wants to build a version of Android which is no longer dependent on Google.
Huawei will also manufacture Google's upcoming Nexus smartphone which could feature a 5.7-inch QHD display, an octa-core Qualcomm Snapdragon 810 processor along with a metal build.

Huawei Product VP, Bruce Lee, also confirmed on Weibo (a Chinese social media network) that a whole new O.S that will replace android in the future is “under development.”
The Kirin O.S will be exclusive to Huawei smartphones first before it will be released for use globally.