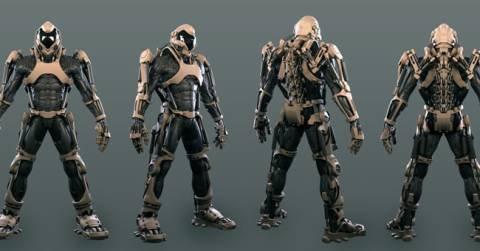 The US Army is investing millions of dollars in experimental exoskeleton technology to make its soldiers stronger and more resilient.

Experts are promoting the investment as being part of a broader push into advanced gear to equip the new generation of so-called “super-soldiers.”

Canada-based B-TEMIA, which first developed exoskeletons to help people with mobility difficulties derived from medical ailments such as multiple sclerosis and severe osteoarthritis, are collaborating with defence technology company.
Lockheed Martin Corp to develop the technology.

With current equipment, soldiers deployed into war zones are bogged down by their critical but heavy gear such as body armour, night-vision goggles and advanced radios, all of which results in their gear weighing anything from 40-64kg (90-140lb), despite the recommended limit for individuals being around 23kg (50lb).

Worn over a pair of pants, the battery-operated exoskeleton uses a suite of sensors, artificial intelligence and other technology to aid natural movements. They are also lighter in comparison.