THE TURAKI OF SOKOTO CALIPHATE - SHEHU SHAGARI PASSES ON. 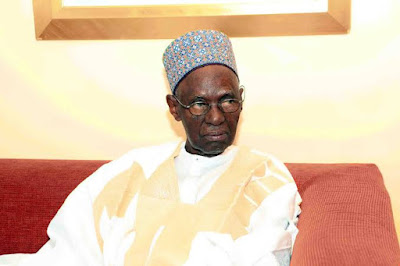 Alhaji Shehu Usman Aliyu Shagari was the first executive president of the federal republic of Nigeria between the years 1979 and 1983, before his government was overthrown by the military.

The Second republic President of Nigeria - Shehu Shagari has passed on at the National hospital on Friday 28th December 2018 at 6:40pm.

He passed on at the National Hospital located in Abuja where he was flown to when his health deteriorated.

Born on February 25, 1925 to the family of Magaji Aliyu and Mariamu both of Fulani extraction in the northern Nigeria, Shagari attended a primary school in Yabo and later attended Sokoto middle school.

He went to Kaduna College, a school originally created to be a teacher training college.ecember, 2018.
After college, Shagari became a science teacher at the Sokoto middle school in 1953-1958 from there, he moved to Zaria Middle School.
He later became a headmaster of a primary school in Argungu.