U.S UPDATE: CHIEF OF STAFF - JOHN KELLY TO LEAVE HIS POSITION BY THE END OF THE YEAR. 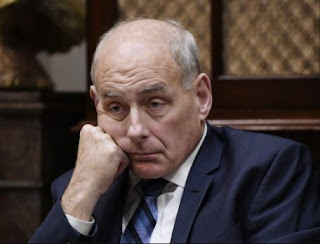 The United States of America - President Donald Trump has made an assurance that his Chief of Staff John Kelly would step down by the end of the year.
The departure of John Kelly, who was brought in last year to impose order on the West Wing but found managing President Trump an impossible task, had been rumored for months, and Trump announced it to reporters before departing for the Army-Navy football game in Philadelphia.

The announcement of John Kelly’s departure comes as the White House braces for the final stages of the investigation by the special counsel, Robert S. Mueller III, including a report detailing his findings on questions of collusion and obstruction of justice.

The president also faces a string of oversight investigations into his administration from Democrats after they take control of the House next month.