AFCON 2019: Kanu Nwankwo Reveals Country That Will Lift The Cup In Egypt. 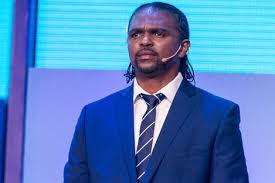 Arsenal and Super Eagles legend, Nwankwo Kanu has given reasons Nigeria will win the 2019 Africa Cup of Nations, AFCON, in Egypt.

One of the reasons Kanu listed was the fact that all of Gernot Rohr’s squad play week in and out in their various clubs – which he described as a “bright future” for the Super Eagles.

“The future is bright for the Super Eagles. We have players playing week in and out there in Europe,” Kanu stressed.

“We keep praying that 2019 will be better than 2018. But we have to celebrate our heroes while they’re alive. That reminds us of the late Stephen Keshi, Amodu Shuaibu, Samuel Okwaraji, that’s why the women’s teams seem to complain. Let the ‘female’ teams do better than they have done before in previous World Cups,” Kanu told Sport Radio - Brilla FM 88.9.

“As for the Super Eagles I hope they win the Nations Cup, that’s what I tell people. The players are making me happy – Mikel Obi, Alex Iwobi and others are playing well, that’s why I’m not panicking. I can’t start pinpointing any players’ names. I believe they’re going to win the 2019 Nations Cup.


Nigeria will tackle Seychelles on March 23 in their last AFCON qualifiers fixture before facing the 2019 AFCON hosts Egypt in a friendly both at the Stephen Keshi Stadium in Asaba.