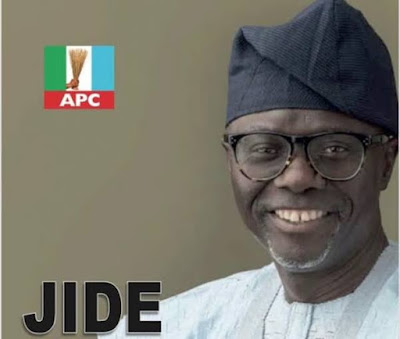 Road users, lagosians and the general public has expressed annoyance following the grid lock in Ikeja axis on Tuesday, caused by the flag off campaign for Lagos Governorship Candidate - Babajide Olusola Sanwo-Olu of the All Progressives Congress (APC) platform.

APC loyalists, party supporters could be seen in excitement mood as they moved out en masse to gather at the rally to campaign for Sanwo-olu.

There was serious traffic hold-up on roads from the rally arena, spilling on to Ikeja Inside and the Lagos-Abeokuta Expressway.

The situation was compounded by the ongoing roadworks in the axis, which regularly lead to traffic jams at peak hours of the mornings and evenings.

Eyewitnesses report that APC members started gathering at the party’s campaign headquarters early Tuesday morning, a situation that led to massive influx of vehicles which led to a traffic congestion.

The general public and Lagosians urge the ruling party and Governor Akinwunmi Ambode to always take road users into consideration when planning any event.