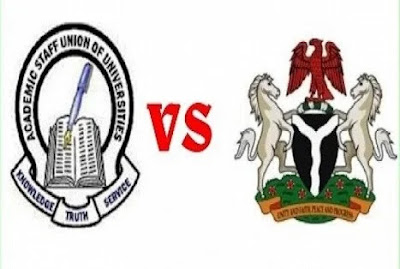 The Chairman of the Academic Staff Union of Universities - Prof. Biodun Ogunyemi has said that the striking Universities lecturers will call off the strike as soon as the Federal Government meets its demand.

The Federal Government has proposed what they want to do so we will respond after consultation today, Tuesday 15th January 2019.

"ASUU is now getting back to the government with a new minimum, we have bent backwards in the interest of our students and the Nigerian society”.

On Universities pulling out of the strike, Prof. Biodun Ogunyemi says:

So those ones are free to exercise their rights and very soon ASUU will return to the same fold. We are convinced that victory is certain in this ongoing struggle because it’s in the interest of the universities and the Nigerian nation", he said.
NEWS