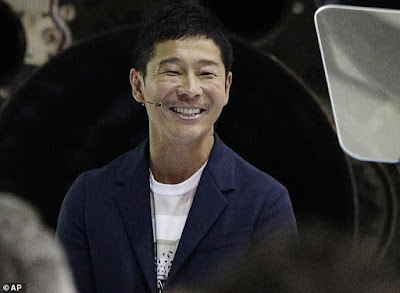 Yusaku Maezawa, the founder and CEO of Japan's largest online fashion retailer Zozotown ousted the previous record set by teenager Carter Wilkinson's appeal for free chicken nuggets for a year back in May 2017.

Mr. Yusaku received over four million retweets for his post on January 5, after he offered to give out £7,000 to 100 randomly selected Twitter users who retweet his tweet. 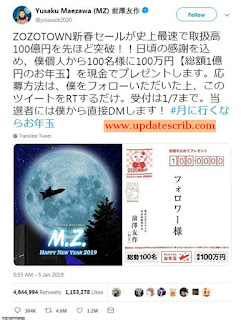 The Japanese billionaire has a net worth of close to $3billion was celebrating the massive sales of 10billionn yen his company made over the Christmas and New Year sales and decided to give back to 100 lucky Twitter users.