Boko Haram: What presidency should do about killing of soldiers – Onaiyekan 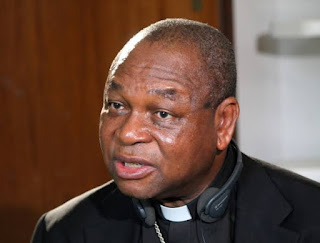 The Catholic Archbishop of Abuja, John Cardinal Onaiyekan, has called on the Federal Government not to neglect the causes of the killings of soldiers in the war against Boko Haram.

He made the call yesterday during an Interdenominational Church Service for the 2019 Armed Forces Remembrance Day celebration at National Christian Centre, Abuja.

His words: “We remember especially those who have died in the on-going conflict in the North-East, whether they perished in combat or in a ambush, or as a result of alleged inadequate arms or culpable poor military tactics.

“Complaints in this regard are rife, and they should not be silenced or swept under the carpet. Rather all such complaints ought to be properly investigated and everyone found responsible held accountable, no matter how high up in rank and position. The blood of every Nigerian is precious and must not be carelessly wasted.”

Noting that Nigerian Armed Forces had been actively involved in promoting world peace, Onaiyekan said Nigeria’s responsibility for world peace should start from ‘around us’.”

The Catholic Archbishop further called for good remuneration for the Armed Forces, so that they can perform their responsibilities better.