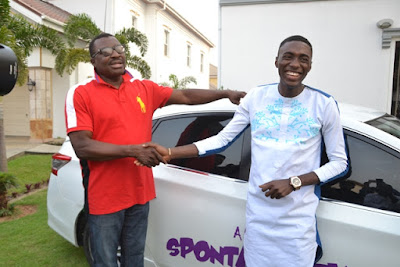 The winners of the Alibaba’s January 1st concerts were presented with their cars over the weekend by the King of comedy, for the first time in the four years history of the competition for young and coming comedians, the competition had MC Ukodo as the winner and Ovy Godwin as the runner up.

Alibaba’s spontaneity which is the creation of the Godfather of Nigerian comedy started 4 years ago with the aim of encouraging upcoming comedians and also make them understand that the value potentials of the comedy industry, and to give them a boost in their professional stand up career.


The Alibaba’s Spontaneity competition was too close to call, so much the audience and judges were split in who was the clear winner, with the audience screaming yes to both finalist after the judges had already made a decision, the chairperson of the Alibaba January 1st committee.


Mrs Mary Akpobome got on the stage to announce for the first time in the history of contest, that the competition will be having a winner, also another car to compensate the runner up. Thus, the committee will be buying one more vehicle so both finalists could go home with a car.


At the presentation, all past winners of the competition, (except the immediate past winner, Ovie) were present as new spontaneity winners got their cars, speaking on how the platform has helped their blooming careers, all past winners spoke glowingly of the spontaneity contest and also encourage newcomers to take advantage of the contest. 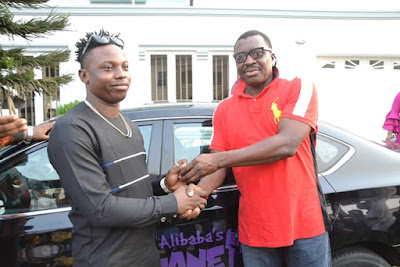 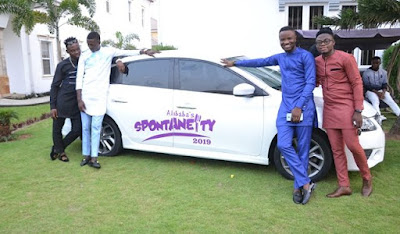