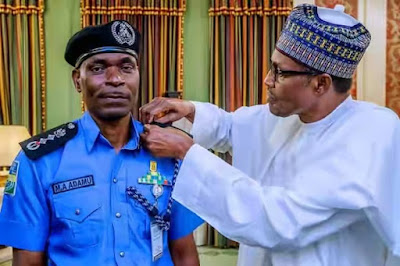 After the decoration of the new Ag. Inspector General of Police - Abubakar Adamu, on Tuesday 15th of January by President Muhammadu Buhari at Abuja.

It was learnt that with most of the deputy inspectors-general leaving the service, vacancies will be created in the system, with some CPs and AIGs getting accelerated promotions.

Some departments regarded as ‘juicy’ include the administration and finance, housing, as well as procurement.

There is also expected to be some reshuffling soon ahead of next month’s elections.