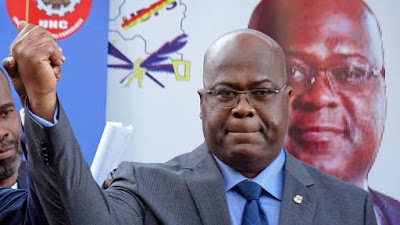 If confirmed, Felix Tshisekedi will be the first ever opposition challenger to win since the DR Congo gained independence. Current President Joseph Kabila is stepping down after 18 years in office.

The result will put him ahead of rival opposition candidate Martin Fayulu who has denounced the election result as a fraud.

After the results were announced, Fayulu said he categorically rejected the outcome and called for the release of the name "of the person who really was our people's choice."

His comments were echoed by French foreign minister Jean-Yves Le Drian, who said that the election results did not match what was witnessed during the vote count.

Either way, the stage now seems set for the exit of Kabila, who has ruled the resource-rich Central African country with an iron fist since 2001.

The election outcome was initially expected to be announced on Sunday. However, the interim result can still be challenged.
POLITICS