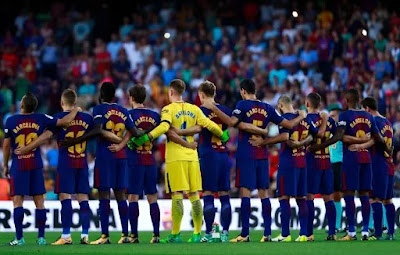 FC Barcelona have released their line-up that will tackle Levante in tonight’s Copa del Rey second leg round of 16 tie at the Camp Nou Stadium.

The La Liga champions head to the game following a 2-1 defeat in the first leg.

According to Barca Blaugranes, Barcacelona’s coach, Ernesto Valverde released a list of 18 players.

Below is the Barcelona’s squad against Levante: