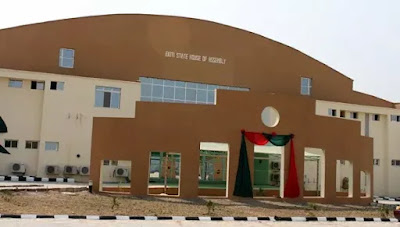 The Ekiti State House of Assembly, on Thursday 17th of January 2019, impeached its deputy speaker, Segun Adewumi, who represents Ekiti West Constituency 1, on ground of gross misconduct and insubordination.

The Chairman, House Committee on Business, Gboyega Aribisagan, under Matters of Public Importance, moved for the impeachment which was seconded by Sunday Akinniyi (Ikere-Ekiti 11) at plenary on Thursday.

The Speaker, Adeniran Alagbada, immediately swore-in Posi Omodara (Irepodun/Ifelodun) as the new deputy speaker after the duo of Olarewaju Olayanju and Cecilia Dada had nominated and seconded his nomination respectively.

Other issues of the day include the passage of 2019 N129.9 billion Appropriation Bill by the house.

The lawmakers unanimously passed the bill following the adoption of the report of house Committee on Finance and Appropriation presented by the chairman Badejo Anifowose.

The Speaker assured the state residents that the budget, if eventually assented to by the governor, would restore hope in the society.

NAN also reports that the speaker also set up an Ad hoc committee, headed by Sunday Akinniyi, for the consideration of some members suspended by the house.