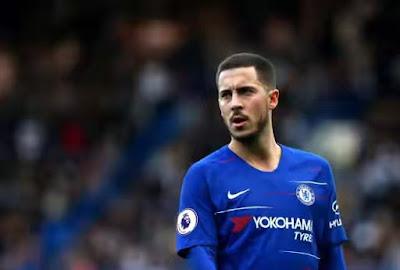 Hazard has rejected Chelsea offers to sign to a new contract when the current one is expected to expire come June 2020.

The player who has been linked with the reigning European champions for some time and is still very interested in a big-money move, Marca reports.

The Spanish newspaper is reporting that he won’t force the issue until the summer to avoid adding further interruption to Chelsea’s season.

Real madrid also don’t want to get into a conflict with the Blues by attempting to upset Eden Hazard during the current transfer window.