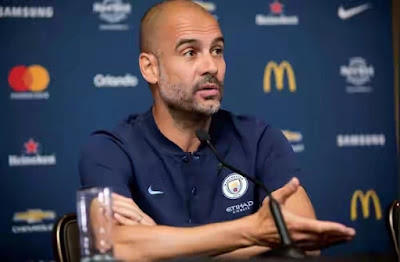 Manchester City manager and coach, Pep Guardiola has stated that the only way for Mancheater City to retain this season’s Premier League title is to win their remaining games and make sure they don’t lose any points.

Guardiola made mention of this ahead of Manchester City’s Premier League clash with Newcastle United today.

He said that, “In both situations (Man City and Liverpool), later or earlier, the only chance we have is if we win the games. If not, it will be almost over,” Guardiola said at pre-match, Independent reports.

“I think 15 games left, many points to play and different circumstances, with a lot of games in our legs, in our minds. We change competitions day by day, he concluded.
SPORTS