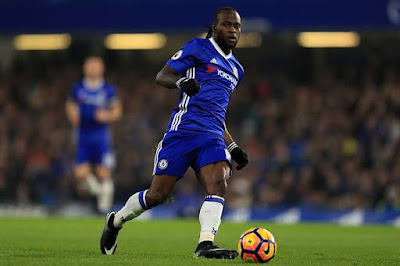 Victor Moses has stated the conditions that can actually allow him to join Fenerbahce as the payment of €200, can make him leave Chelsea at the moment.

He also added that if he assists the Turkish giant to avoid relegation this season he has to be paid the sum of £200.

According to Fotspor, Moses also wants to be paid for the loss of his image if Fenerbahce are demoted.

The 28-year-old was not even among those named in the Chelsea squad that defeated Newcastle United 2-1 in the Premier League encounter on Saturday at Stamford Bridge.

In recent weeks several clubs such as Cardiff City, Fulham and Crystal Palace has shown interest in signing the winger despite still having two years remaining in the contract he signed with the blues.