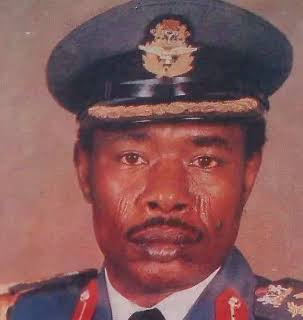 The remains of former military governor of old Kano state, late AVM Hamza Abdullahi, were laid to rest in Kano on Friday, January 4.

Abdullahi’s corpse was flown into the Malam Aminu Kano International Airport from Germany by a jet.

Late Abdullahi’s corpse was received by Kano state governor, Dr Abdullahi Ganduje, and Emir of Hadejia, Alhaji Adamu Maje, and other top government functionaries around 8p.m.‎ The corpse was conveyed to Emir’s palace by a Nigeria Air Force’s ambulance.

The funeral prayer, which was held at exactly 10p.m. at the Kano Emir’s palace, was led by Chief Imam of Hadejia, Malam Abdurahman Yusuf. 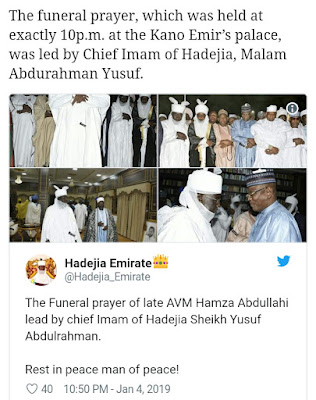 Abdullahi died in the early hours of Thursday, January 3, at a German hospital after a protracted illness.‎ He died at the age of 73.

The Hadejia Emirate of Jigawa, his home state, who also confirmed the news of his exit, said it is saddened by his exit.