Higuain To Chelsea: Chelsea Close In On Higuain Deal. 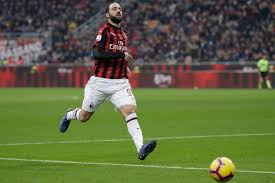 The agreement will give the Blues the option to either buy Higuain next summer or extend the loan for a further 12 months.

Chelsea accelerated talks with Juventus and Milan on Wednesday, after the two clubs played the Italian Supercoppa in Jeddah.

Following the match, Juventus vice president Pavel Nedved said the Serie A leaders were ready to discuss options with Chelsea over the future of Higuain, who played 20 minutes in the Supercoppa due to illness.

“It’s right that we don’t talk about it now out of respect for the player and for AC Milan, but we can talk about it from tomorrow,” Nedved told RAI.

Milan boss, Gennaro Gattuso, claimedit was a fever, not Higuain’s possible departure, that kept him out of the XI for Wednesday’s match against Juve.

“He had a high fever last night.

“We did everything we could to get him better, but he didn’t sleep much, so I preferred a fresher player.