BEWARE: I Use A Particular Software In Hacking Into Bank Accounts - Suspect. 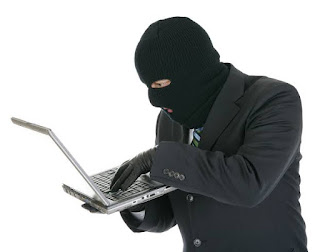 The suspects, whose names were given as Abdulmalik Usman and Najeeb Saidu, both of IBB Road, Hill Top, Minna, were apprehended by police operatives attached to some banks.

In a confessional statement, the prime suspect, Usman, boasted to our correspondent of his exploits when he declared that he could defraud an individual by simply hacking into his bank account with the aid of software.

Usman said, “This is what I know how to do. I just installed the software in the system and it works like a magic; I can withdraw any amount I want.

“The software can be used to withdraw money from any bank in Nigeria and you will begin to make your cool money without police hassles.

He added that the suspects would be charged to court as soon as the police completed their investigation.