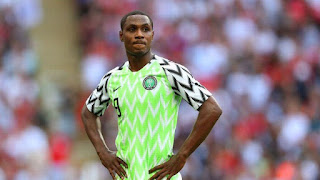 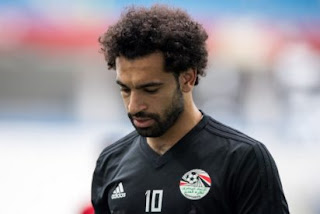 Super Eagles striker Odion Ighalo has said he is looking forward to the March 26 international friendly match with Mohammed Salah’s Pharaohs of  Egypt national side in Asaba, Nigeria.

Speaking as a guest of Sky Sports  Monday, Ighalo said Salah whose lone goal sent Nigeria out of 2017 AFCON has improved so much that he now ranks among the best in the forwards in the world.

“Salah has improved so much in his play. He is now quicker and mature and his style has evolved since he came to the Premier League. He was the highest goal scorer and best player in his first season playing from the flank. Now being used as the central striker at Liverpool, he is again joint top scorer with Kane and Aubumeyang on 14 goals.

“It will be interesting playing against him. I believe he and Liverpool have what it takes to win the premier league this season if they remain focused with other players raising their game. If they can keep Salah and Van Dirk injury free and fit, Liverpool may nick the title this season,” Ighalo stated.

Ighalo whose club Changchun Yatai have been relegated to the second tier  Chinese league said he was looking to return to the Premier League as a free agent, but ruled out the idea of playing as a backup striker at any club .