Ighalo says NO to Tottenham 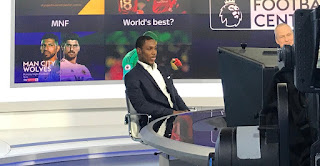 Super Eagles and Changchun Yatai forward, Odion Ighalo has sensational stated that he would not accept an offer to join English Premier League side Tottenham Hotspur should such an opportunity at the London side come his way,

The former Changchun Yatai FC of China’s goal banger made the mind-boggling declaration while speaking as guest of a cable television, Sky Sports, on Monday.

Ighalo insisted he would not jump at it if Tottenham who will be without striker Harry Kane make him an offer because he might end up playing as a backup
The former Watford  striker is keen on returning to the English Premier League following the relegation of Changchun Yatai to the second tier Chinese league.

“Yeah, it will be kind of difficult choice to make because every striker wants to play regularly. You see Llorente there, he does not play games except Kane is hurting badly, and for other reasons because Kane is a very good player and Spurs’ main player.


“Tottenham will miss Kane if he is going to be out for a couple of months. His place will be difficult to fill and except the manager is willing to change the dynamics of how to play to accommodate other strikers.


“They are doing well without transfer activities, and I believe Llorente will spearhead their attack in the absence of Kane,” Ighalo stated.
SPORTS