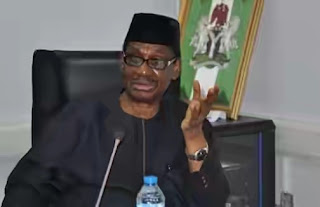 Chairman of the Presidential Advisory Committee Against Corruption (PACAC), Prof Itse Sagay (SAN) has reacted to arguments that the asset non-declaration charge against the Chief Justice of Nigeria (CJN) Walter Onnoghen should have been handled by the National Judicial Council (NJC) and not the Code of Conduct Tribunal (CCT).

Onnoghen is expected to appear at the CCT today.

The Court of Appeal had held in the Justice Hyeladzira Nganjiwa case that it would amount to the usurpation of NJC’s powers if any judicial officer commits a professional misconduct within the scope of his duty and is investigated, arrested and subsequently prosecuted without a formal complaint/report to the NJC.

Speaking, Sagay said the Court of Appeal erred in the judgment.

“It is an illicit attempt by some Justices of the Court of Appeal to give themselves immunity contrary to the provisions of the Constitution.

“The Constitution has named those entitled to immunity – the President, Vice President, Governors and Deputy Governors.

“What these Justices tried to do is to take over the job of the National Assembly, amend the Constitution and then hide themselves inside as those who are immune from prosecution. To me, it’s illegal and unconstitutional.

“Number two, I’ve read the Nganjiwa judgment. It’s a judgment limited to a judge who was acting as a judicial officer, who was hearing a case and in the process was found guilty of misconduct in the hearing of that case.

“Those hiding behind jurisdiction are trying to cover up iniquities of some sort. I’m speaking generally now.

“Those who are bringing that issue up are creating a problem for this country, because the sore will still be there. It’s as if they’re saying no doctor should treat it.