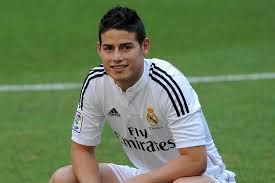 Arsenal playmaker, James Rodriguez has decided to stay at Bayern Munich untill the end of season "at least", sources close to the player has revealed to ESPN FC.

The colombian player has six month remaining of his two-year loan from Real Madrid, although he has not always been a regular starter since Niko Kovac took over as new coach last summer.

This lead to rumours in the British and Italian press, that clubs including Arsenal FC and Napoli were scouting to take advantage of the situation and offer a short-term exit as soon as January.

The 2017 agreement between Real Madrid and Bayern Munich, includes an option for the Bundesliga giants to make the deal permanent in July 2019, if they pay a reported €42million to add to the €13m loan fee.
SPORTS