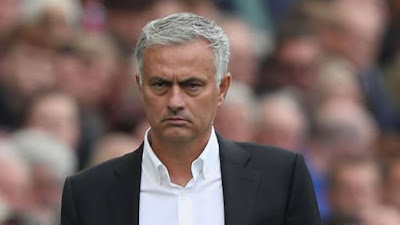 Mourinho will not be able to discuss the terms of his departure from Manchester United, due to a clause in his severance package.
He will also earn a lot less from the broadcast network because of the constraints put on him.

According to the Times, the Portuguese manager will earn £60,000 whilst working for beIN SPORTS, compared to the £1m he earned for being a World Cup pundit on Russia Today in the summer.

The former United boss will be a pundit on beIN SPORTS on Thursday and Saturday, but he will be restricted to what he can say, due to him agreeing to a confidentiality clause in his £15million leaving package.

Manchester United lawyers have warned that they will be watching the 55-year-old closely to ensure he sticks to the guidelines.

Mourinho was sacked on December 18 after two and a half seasons in charge with the club and the Red Devils 19 points behind leaders Liverpool at the time.
SPORTS