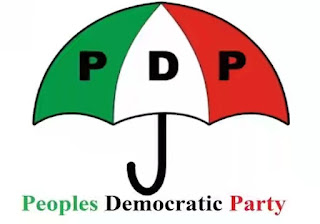 Residents of Tickles Park in Enugu State has been left astonished as several campaign vehicles belonging to the Peoples Democratic Party, PDP, have been set ablaze.

The incident reportedly happened around Tickles Park, at the Ogui New Layout Area of the State, Daily Post reports.

"Three Toyots sienna buses completely razed down. Two coaster buses almost gutted before the arrival of the State fire service. Who is doing this?” Nwomeh wrote.

The buses, with the inscription, ‘Gburugburu 2019’, were set ablaze at a popular printing press after they were branded for use.

A chieftain of the party, Mr. Dan Nwomeh, who confirmed the development, said the unknown arsonists burnt down branded PDP campaign vehicles in Enugu.

Watch Video of The Incident Below: