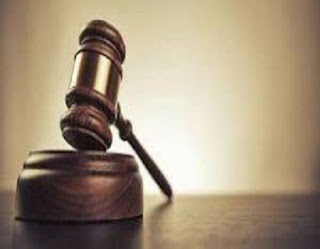 Nigerian lawyers under the shield of Coalition Of Lawyers Against Corruption in Nigeria, COLAC, has given President Muhammadu Buhari seven days to reinstate the Chief Justice of Nigeria, CJN, Walter Onnoghen.

COLAC said by this singular act, President Buhari has demonstrated that he does not have any regard for the Supreme law of the land which is the constitution.

The CJN was suspended yesterday by President Buhari who said that he acted on an order by the Code of Conduct Tribunal, CCT.

In a statement  by the National Coordinator, COLAC, the lawyers said :

“The purported suspension of Onnoghen as the Chief Justice of Nigeria by President Buhari, is undoubtedly unconstitutional and unacceptable. It’s a complete show of shame.

“The reason given by the President that he was ordered by the CCT to wield the big stick is legally and morally watery. It’s unreasonable and illogical.


“It has become very obvious that the President does not have any iota for the Supreme law of the land which is our Constitution.

“The President has resulted to self-help in dispensing justice. The President should, however, be reminded that his lack of respect for the rule of law is capable of truncating our nascent democracy.

“Judiciary is a noble institution and we will never for any reason permit anyone to desecrate and decimate it. The Constitution must be respected at all times.

“The President has really crossed his boundaries and must be brought to order. His action as President will certainly overheat the polity.

“We as Lawyers will not allow him to have his way this time around. We are giving him 7 days to rescind the decision or we shall do the needful.

“Other things being equal, Nigeria will be clocking 20 years of practising democracy in Nigeria and any attempt to subvert democracy will be totally resisted.

“We strongly urge the National Assembly to timely caution the President because illegality begets illegality. The time to say no to Mr. President is now.”