KING OF BOYS and Others Top List Of Nollywood Movies For 2018. 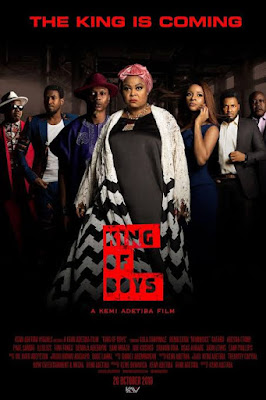 Blockbuster movie ‘King of Boys’ by Kemi Adetiba and Genevieve Nnaji’s directorial debut ‘Lion Heart’ alongside eight others have been listed as top 10 Nollywood films in 2018.

The News Agency of Nigeria (NAN) reports that the list (ranked in no particular order) was released by African films scoring website, Filming AFRICA and shared on their Instagram page @filmingafrica.

Also, ‘Power of One’ directed by Izu Ojukwu, ‘Sylvia’ directed by Daniel Oriahi, ‘Chief Daddy’ by Niyi Akinmolanyan and ‘Heaven on My Mind’ by Uche Jombo made the list.