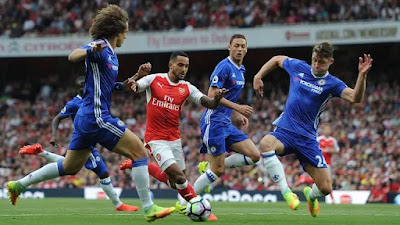 The Gunners are six points away from the blues who currently occupy the fourth position on the tables.

If Arsenal.is defeated tonight it will end their chance for qualifying for the Champion league through the league route.


Kick off for the match is 6.30pm West African time.

First half of the match:
Lacazette has given Arsenal a 1-0 lead.