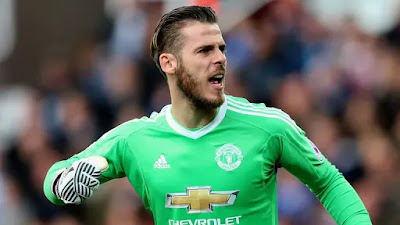 David De Gea - Manchester United Goalkeeper has stated that the club is not still satisfied despite their commendable record under caretaker manager Ole Solskjaer.

Manchester United who are sitting in the sixth position have won all six league games since Solskjaer replaced Jose Mourinho to close the gap on fourth-placed Chelsea from 11 points to three in the Premier League table, NAN reports.

“We want to get back into the Champions League places, which will be a difficult objective, but we have managed to reduce the point’s deficit quite a bit,” De Gea told Sky Sports.

After advancing to the fifth round of the FA Cup at Arsenal’s expense, Manchester United will on Tuesday, be hosting Burnley FC in the Premier League and De Gea is careful of their opponents who have won 10 points from their last four games.
SPORTS