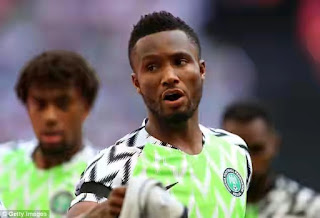 Crystal Palace are ready to strengthen their squad this month with the signings of Mikel Obi, who is a free agent, according to TeamTalk.

The Super Eagles might also go for his compatriot, Victor Moses, who has been frozen out at Stamford Bridge.

Moses, who is a former academy star, could arrive Selhurst Park on a loan deal.

Mikel Obi has indicated his interest to return to Europe, after terminating his contract with Tianjin Teda.