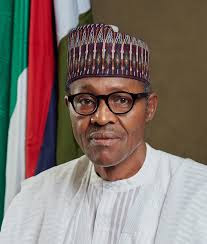 The Federal Government of Nigeria is set to present the N30,000 new National Minimum Wage proposal to the National Economic Council on Thursday (tomorrow) for further consultations.

This was the key resolution of an extraordinary meeting of the Federal Executive Council, which ended in Abuja on Tuesday night.

President Muhammadu Buhari presided over the meeting at the Presidential Villa.

State governors, the Central Bank of Nigeria and some major Ministries, Departments and Agencies of government constitute the NEC.

The Minister of Information, Mr Lai Mohammed, informed State House correspondents after the FEC rose that deliberations centred on the minimum wage.

He said, “Until after the meeting of the NEC, l cannot (give details) because it is work in progress, since it will also be discussed at the NEC meeting before we come out with the decision. Thereafter, we can address the media.”

Last week, Buhari inaugurated a technical committee to guide the government on how to implement a new wage bill.

The inauguration of the committee came soon after the President also made a commitment to forward a bill on the new minimum wage to the National Assembly.
NEWS