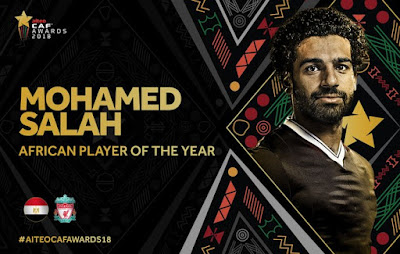 Mohamed Salah - liverpool star player has been named the African Player of the year again making it twice in a row with the back-to-back titles.

Consistent scorer Salah has already won the 2018 BBC African Footballer of the Year prize and it would be a shock if he did not add to his collection of individual honours in Dakar.

We at updatescrib felicitate with you on this well deserved honour.
SPORTS