Mourinho Talks About Who Is A Better Player Between Messi And Ronaldo. 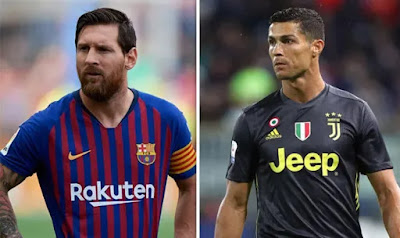 Former Red Devils coach and manager - Jose Mourinho has stated that it will be unfair to say Barcelona star - Lionel Messi is better than Cristiano Ronaldo and vice versa.

When asked to choose between Ronaldo and Messi who is better, Jose Mourinho heaped praises on the five-time Ballon d’Or winners without calling one of them superior.

Mourinho stated this ahead of his "forthright opinions" on the English Premier League match between Chelsea and Arsenal on Saturday.

He added “I think they are just different. “The only thing that I can say is that when I had Ronaldo on my side I was a very happy man.

“As a player, you can appear like a hurricane and then disappear. “These two guys have been there for ten years and everything is about them until the moment they decide to change things themselves.
SPORTS