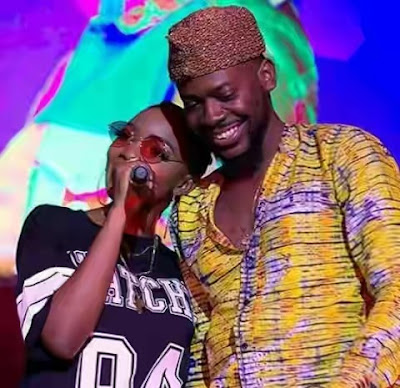 Married singers Adekunle Kosoko and Sinmisola Ogunleye now referred to as Mr. & Mrs. Kososko who had their wedding celebration some days ago, are back into the music industry with something spectacular this time around, they are about to launch a joint album together as a couple.

According to Talent manager Bizzle Osikoya, who made the announcement known on social media platform - twitter, said the couple are set to take the step expected to trigger excitement among their fans.

In the post he shared an image that jointly credited both artists on a pre-order project not fully revealed with the caption “Joint album coming through there", which gave an hint that the couple are ready to take the industry by storm.

So who is ready for a joint album from the two lovebirds?
MUSIC