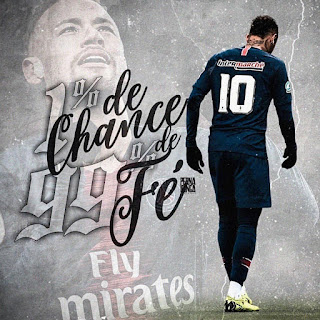 Neymar out for ten weeks.
Paris Saint-Germain have confirmed in a statement on Wednesday that Neymar will undergo conservative treatment for his metatarsal injury and will be out for ten weeks.
The Brazilian suffered the injury in the recent Coupe de France victory for PSG .
The club stated that, after consultation with world-renowned medical experts, the player will not undergo an operation and instead will follow a treatment that will keep him out for two and a half months.
This rules Neymar out of the Champions League second round tie against
Manchester United and would see him back in time for the quarter-finals, should PSG progress.
SPORTS