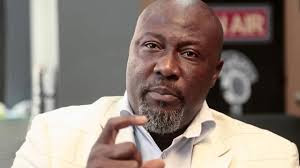 The embattled Senator representing Kogi west, Dino Melaye has not been granted freedom by the Nigeria police in Abuja despite meeting bail conditions.

Dino Melaye was arrested at his residence in Abuja as a suspect in a homicide investigation.

The Maitama Division of the High Court of the Federal Capital Territory on Friday added Dino Melaye bail with stringent conditions to allow him access to his doctors after the senator said he has been ill since he was arrested on January 4.

The Kogi West senator with the opposition Peoples Democratic Party has denied involvement in the murder of the deceased, which occurred in his state, Kogi state in 2018.

The Nigeria police also said Mr. Melaye is involved in the killing of Danjuma Saliu, a police officer, in Kogi State who was shot in a fracas in July 2018.

These allegations and fresh ones being filed against the senator were cited by police sources as the grounds for disregarding the court order for the senator’s freedom on health grounds.

The police in new charges for which they planned to dock Mr Melaye said the senator lied when he claimed a plot to plant weapons and other incriminating items in his residence during the week-long siege.