Nigerian Lecturer Is The Winner Of The 2018 World Championship In Environmental Sciences. 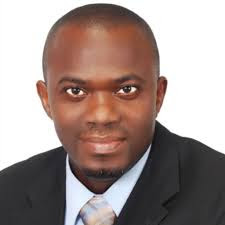 Nigerian lecturer - Aroloye Numbere who was a lecturer at the Science laboratory technology, Polytechnic, Port Harcourt, between 2006-2008 and he currently teaches at the Department of Animal & Environmental Biology, University of Port Harcourt.

The Rivers State born doctor, Aroloye Numbere has been recognized as Father of  modern Macular Hole in Environmental Science by the International Agency for Standards and Ratings set out to identify brilliant scientists and academicians around the world through World Championship.

His research article emerged winner among 5897 nominations from 86 countries, screened for the World Championship 2018 in Environmental Sciences (Precipitation).

We at updatescrib congratulate Mr. Aroloye Numbere on a well deserved feat.